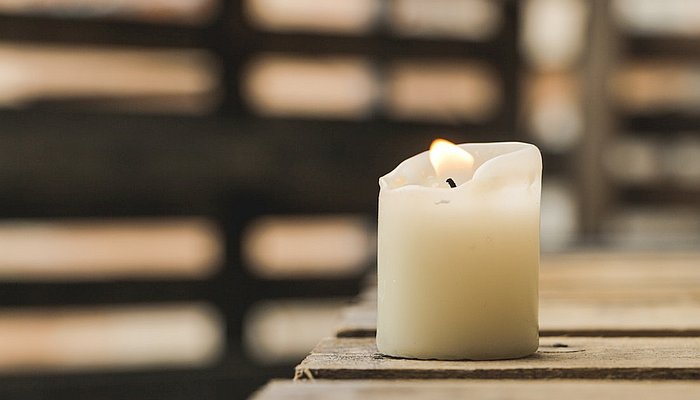 There was a time when fire safety experts would tell people they had about seven to ten minutes to flee a burning home.

Nowadays, many items in modern homes are made of synthetic materials and if they catch fire, they burn very quickly, so you would have much less time to escape.  Experts now say you could have as little as two minutes to safely evacuate a home that has caught fire.  That is why it is more important than ever to adopt safe fire prevention practices in your home.  Below are some important tips on how to prevent fires from happening and keep you and your family safe.

Make sure you have working smoke alarms

Smoke alarms are more than likely going to be your first line of defense against devastating loss in a house fire.  The quicker you are alarmed the more time you, and your family, will have to safely evacuate your home Most house fires that result in total loss or major loss have one in common: they lack smoke alarms completely or had them, but they were not functioning properly due to a lack of regular maintenance. Nearly three out of five home fire deaths between 2012 and 2016 occurred in homes with no smoke alarms or with smoke alarms that didn’t work, according to a 2019 report from the National Fire Protection Association (NFPA). That’s why the NFPA recommends a regular maintenance program that includes:

Space Heaters: Keep area clear and turn off when unmonitored

We all want to stay warm during cold winter months, but it is important to exercise some caution when using space heaters. It is common to think that these types of heaters do not need to be monitored because they don’t have an open flame, but unfortunately, it is not that simple. Heating is the second leading cause of U.S. home fires, injuries, and deaths, according to the NFPA. These fires can spark when a heater is too close to combustible materials or when the device malfunctions mechanically or electrically, leading to potentially lethal consequences. Every year from 2012 to 2016, U.S. fire departments attended to an average of 52,050 fires due to heating equipment, according to a report from the NFPA. Space heaters accounted for 86 percent of the deaths in these incidents. To stay safe, you should always:

Cooking is one of the leading causes of home fires in general, not just during the winter. As such, it is very important to never leave anything unattended on a stove and exercise safe cooking practices such as:

Clean out your dryer’s lint trap

According to the NFPA, U.S. fire departments responded to an estimated 15,970 home fires involving washing and drying machines per year from 2010 to 2014. Dryers were at fault for an alarming 92 percent of those fires, and one-third of those fires happened because of a failure to clean the machine. (The other dryer and washer fires were mainly due to mechanical and electrical malfunctions.) To avoid these fires, make sure you always:

Any device, appliance, or piece of equipment that heats or cools a room, like a space heater or air conditioner, should be plugged directly into the wall. The same is true for things like toaster ovens, microwaves, or refrigerators. (And only one of these types of objects should be plugged into an outlet at a time, according to the NFPA).  These items draw too much power, and the extension cord is not designed to handle the load.  Plugging them into the wall outlet can help prevent electrical fires.  Extension cords are only supposed to be used as temporary stopgaps for your electricity needs. If you need a long-term solution, contact an electrician to install more outlets in your home.

A candle is pretty but also “pretty” hazardous. Candles were responsible for 36 percent of decoration-related home fires between 2011 and 2015, according to an NFPA report. Flameless candles, whenever possible, are recommended. In cases where this isn’t an option, implement some simple safety practices:

If you have a fireplace, dispose of the ashes safely

A fireplace is probably one of the only places in your home where you’d want to have a fire going, but that doesn’t mean there aren’t safety measures to keep in mind. To avoid chimney fires, the NFPA advises that you should:

We love our homes and know you love yours just as much.  Although it is part of our business to restore damage from fires and smoke, we hope that we never have to meet that way.  Adopting safe fire prevention practices in your home will hopefully make it so that you are never in need of our fire restoration services.  However, we are ready, in a moment’s notice if you do.